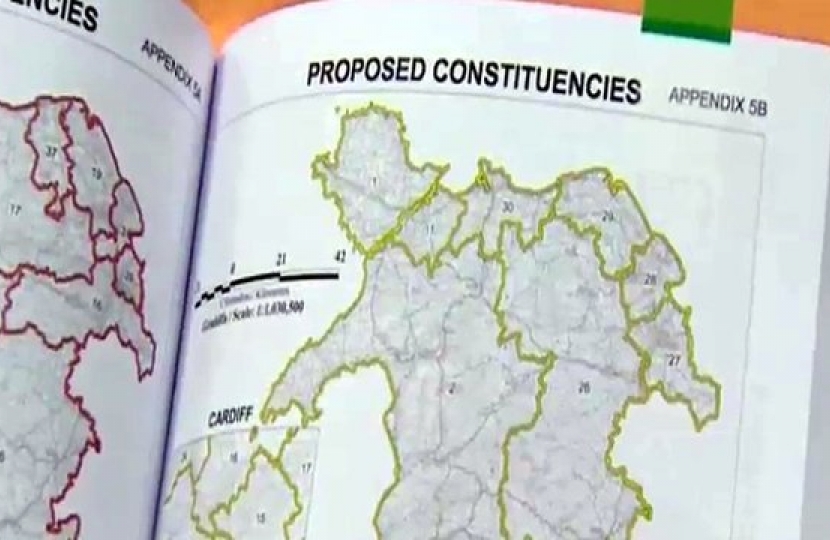 We have studied the responses received during the recent consultation process and firmly believe the Commission’s original proposals are still the best option for Wrexham, North Wales and Wales as a whole. We did say in our original letter that any major changes would have a domino effect across North Wales, in fact the counter proposals would have that effect across the whole of Wales.

Some of the counter proposals are so far removed from your own that they could possibly invoke another full consultation all of their own.

We list below our reasons for the Commission proposals and against the counter proposals.

For.
1. Wrexham being the largest conurbation in North Wales will rightfully have a Constituency in its own right.
2. Restores those areas that were historically in Wrexham and where the great majority of people still consider themselves to be in and part of Wrexham.
3. Keeps the local ties that exist within the County Borough
4. The commission’s proposals are both fair and sensible and the numerous people I have spoken to about it feel that the Commission have got them just about right.

Against.
1. Denies Wrexham a constituency in own right.
2. Ignores the historic links with the old Maelor Area and Brymbo, Coedpoeth and New Broughton etc.
3. Ignores the long held desire of the people in those Areas to come back into Wrexham.
4. Attempts to link parts of Wrexham to Alyn & Deeside when no such link exists.
5. So far removed from the Commission’s proposal thereby ignoring all the work done by the Commission.

Other than a small adjustment in the Ruabon/Penycae wards it is our conclusion therefore that the Boundary Commission should implement their proposals as they stand.