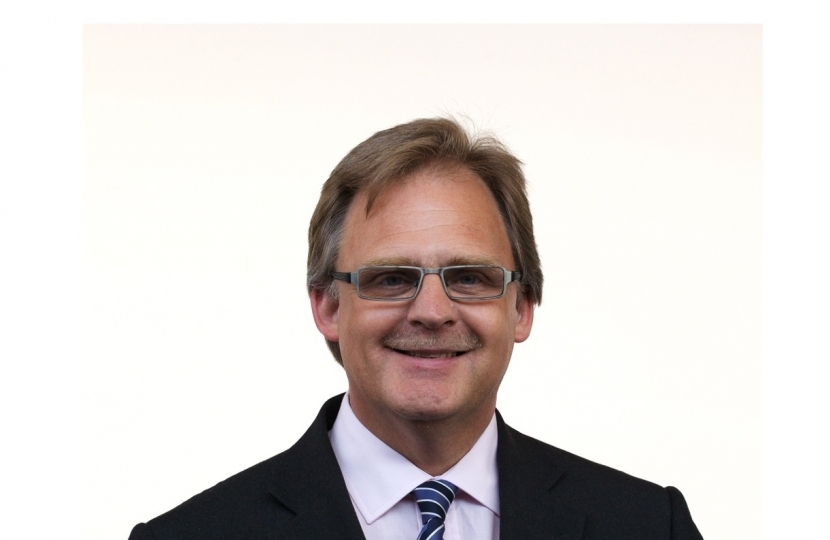 Speaking in the Welsh Parliament this afternoon, Shadow Local Government Minister and North Wales Assembly Member, Mark Isherwood, has criticised the Welsh Government for its unfair Local Government Finance Settlement for North Wales Councils and for rejecting their call for a funding floor in the settlement to protect services and work against above inflation council tax rises.

Taking part in In the debate on the  ‘Local Government Settlement 2020-2021’, Mr Isherwood referred to the fact that North Wales has four of the bottom five authorities in terms of funding increases, with Wrexham receiving the third lowest and Flintshire the fourth lowest settlement, and said that calls by North Wales Council Leaders for this to be addressed have been ignored.

Speaking in the Chamber, he said:

“Under the Welsh Government’s Local Government Funding Formula, nine out of 22 Welsh authorities received an increase in the current financial year. The Welsh Government tells us that its formula is heavily influenced by deprivation indicators. Alongside Flintshire, the Councils with the largest cuts of 0.3 per cent included Conwy and Anglesey, although Conwy and Anglesey are amongst the five local authorities in Wales where 30 per cent or more of workers are paid less than the voluntary Living Wage.

“Prosperity levels per head in Anglesey are the lowest in Wales at just under half those in Cardiff, and Conwy has the highest proportion of older people in Wales. Yet Council Tax payers in Anglesey and Conwy faced 9.1% increases. Wrexham was also cut, despite having three of the four wards with the highest poverty rates in Wales.

“Council Tax payers in Flintshire faced an 8.1% increase – despite Flintshire Councillors having launched a campaign #BackTheAsk, which highlighted cross party frustration about the funding they receive from the Welsh Labour Government.

He added: ”Under the final Welsh Government Local Government Settlement for 2020/21, four of the five bottom local authorities in terms of funding increases are again the same authorities in North Wales - Conwy, Wrexham, Flintshire and Anglesey - whilst Monmouthshire remains bottom.

“Whilst the Labour Welsh Government denies that it has any intention to create a North/South divide, it is still convenient for it that under its twenty year old Local Government funding formula, four of the five authorities to see the largest increases in 2020-21 are Labour-run Councils in South Wales.

Mr Isherwood also referred to the letter signed by every Council Leader in North Wales to the Local Government Minister asking her for a funding floor of 4% in the Local Government Finance Settlement in light of continued challenges for the 2020-21 financial year, and criticised the Minister for rejecting their request.

He said: “As they said, four of the five bottom councils are from north Wales and without a floor, most north Wales councils will be faced with the biggest challenge in terms of seeking cuts to services.

“They added that a floor would help to protect services and work against the above-inflation council tax rises in the bottom six Councils, including Blaenau Gwent.

“Despite this clear-cross party Statement, the Minister has dismissed their official representation and rejected a funding floor in the final settlement.

“As one of them told me: “It is clear to me that there continues to be very little understanding of the pressures and increased demands that Local Government is faced with and a conveniently short memory from her Government’s 2016 manifesto commitment stating they would ‘Provide funding to put in place a floor for future local government settlements.’.

He added: “As a worried Flintshire resident who rang me last week stated, “we can’t cope if our Council Tax goes up around another 5%, after 27% over the last four years. This used to be a Labour area, but they aren’t listening”.

Today we have published our Covid-19 UK Vaccines Delivery Plan, setting out how we plan to deliver the biggest vaccination programme in British history, to protect all those who need it most as quickly as possible.