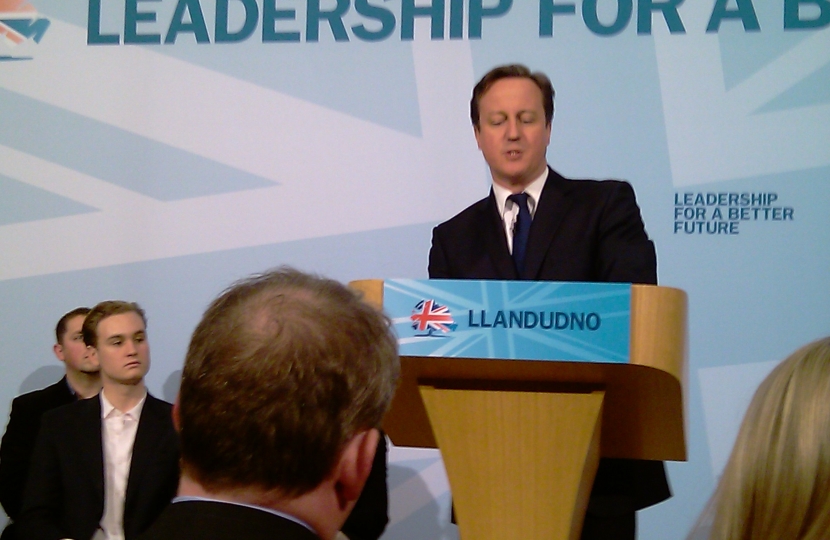 The Prime Minister David Cameron addresses Wrexham Conservatives on his visit to Llandudno.

Amongst the platform party were Tom Bradley (pictured) and Peter Lipka, who are standing for Gresford and Offa seats respectively.

Mr Cameron was in North Wales to prepare the party for upcoming local elections, highlighting the Conservatives' record in Welsh local authorities on issues such as council spending and transparency.

He also slammed Labour's record in Wales and for their having relied on the "status quo", and outlined the government's aims, urging supporters and candidates to spend the weeks running up to the election to spread the party's message.