Promoting Wrexham on the global stage 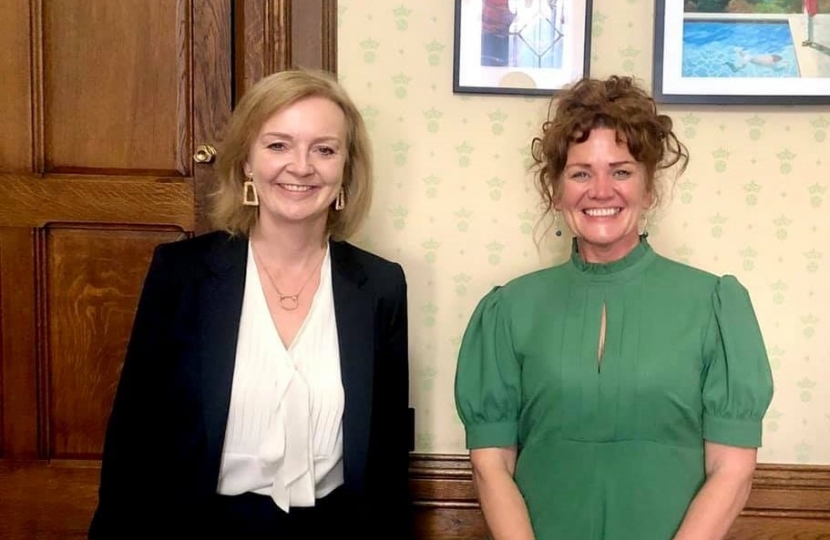 In the recent reshuffle, Sarah Atherton, MP, was promoted to Parliamentary Private Secretary (PPS) to the Foreign, Commonwealth & Development Office (FCDO), working under the Secretary of State, Liz Truss MP. This means she is now the ‘eyes and ears’ for the Secretary of State and the ministerial team in the House of Commons, making sure MPs’ issues, concerns and questions are raised in the Foreign, Commonwealth & Development Office.

Following this, Sarah was recently invited on a visit to Bosnia and Herzegovina as part of a tour with the All-Party Parliamentary Group (APPG) for the Armed Forces, along with other Members of Parliament. During the trip, they met with the UK Ambassador to Bosnia, His Excellency Matthew Field, to hear more about the United Kingdom’s continued place in Bosnian affairs; to visit the Bosnian Parliament; and to tour the country and to visit some of the places that the UK Armed Forces fought in or were involved with following the collapse of Yugoslavia in the 1990s.

In light of the 25-year anniversary of the civil war in the former Yugoslavia, where a number of Wrexham soldiers were deployed, Sarah was honoured to have the opportunity to visit Bosnia and Herzegovina with a delegation of UK parliamentarians.

The political situation there is tense and the country remains divided. Given my recent trip and new appointment to the FCDO, Sarah will be following this up with the Foreign Secretary. With many opportunities for tourism and business, there are also emerging prospects for trade between the UK and Bosnia and Herzegovina. Given Wrexham’s growing trade and export sectors, this is something Sarah wishes to encourage following this trip.

Bosnia and Herzegovina also strives to join NATO, which I encourage, but like many emerging countries, larger state actors are at play to destabilise the region, and therefore Europe. It is when political and social cohesion breaks down in a country that people feel they have no better option than to leave that country, often to Northern Europe, where there are already existing pressures.