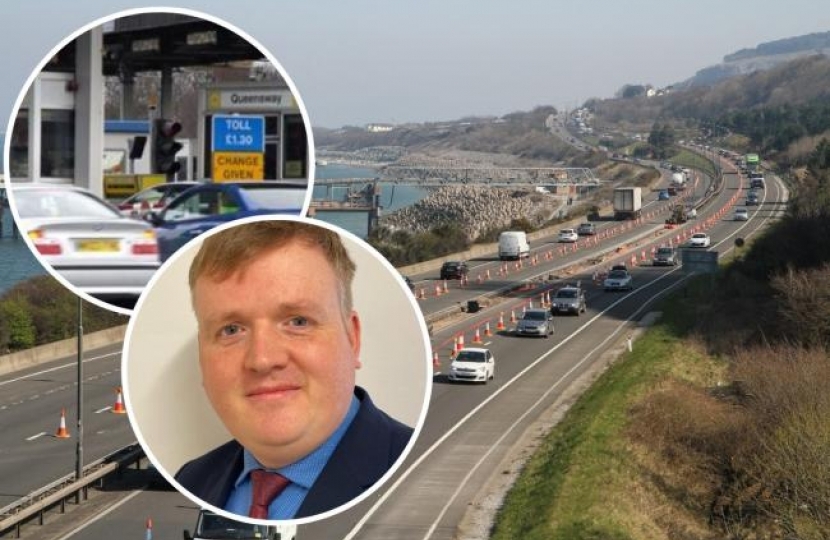 SLAPPING tolls on major roads in North Wales would be a tax on jobs – according to the Conservative Senedd candidate for Wrexham.

Jeremy Kent hit out at Welsh Government proposals that could be introduced as part of their Clean Air Bill.

Jeremy said: “I believe in protecting our environment for the future, but we are in the middle of a pandemic. Jobs are being lost, businesses are going under and people are struggling. This is just not the right time to be even thinking about putting tolls on roads like the A483.”

He added: “When we eventually emerge from this crisis we will need to create more jobs, not charge already hard-working people for driving to work.”

Other measures to be considered as part of the bill – set out by Environment Minister and Wrexham MS Lesley Griffiths last month – include making staff pay to park at work, and fining drivers for keeping engines running when waiting outside shops and schools.

Jeremy said: “Can you imagine the damaging effect these measures would have on Wrexham Industrial Estate – and on local households? And what about the people who regularly travel across the Welsh English border for work?

He added: “Lesley Griffiths might be better focusing on what will be a much needed post-Covid recovery rather than trying to squeeze money out of ordinary people for just doing their jobs, driving their children to school and doing the shopping."

The plan is all part of a move to give local authorities in Wales more powers to charge and fine motorists in an effort to reduce air pollution by reducing the use of cars in favour of public transport.

It was outlined in a White Paper put forward by the Welsh Government setting out its bold plans for a Clean Air (Wales) Bill, which will protect the health of the nation and defend ecosystems from pollutants in our atmosphere, in law.

For our Campaign Spotlight on the Hartlepool By-Election, meet Jill Mortimer, the Conservative candidate for Member of Parliament in Hartlepool.