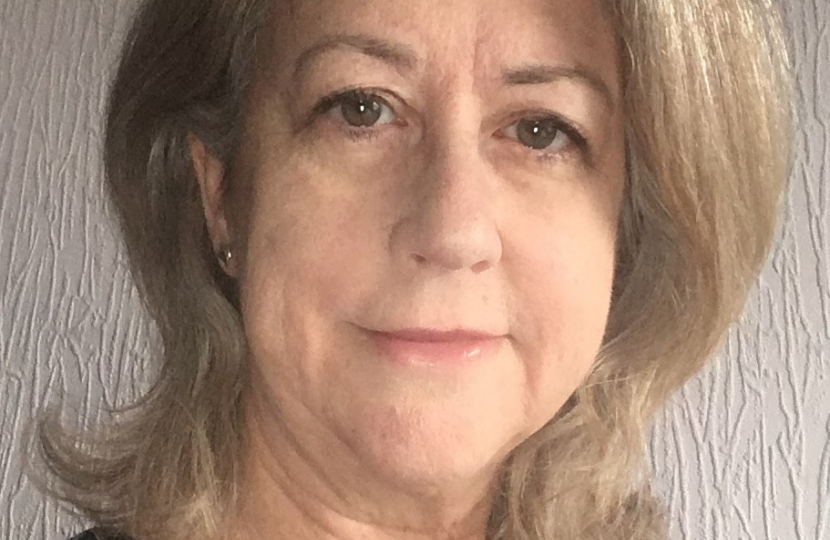 “The people of Maesydre need a committed councillor to represent their views and wishes” an obviously delighted Ms Brown commented after her selection. High up on her list of priorities is more investment in public transport and roads, driving up standards in local schools and looking after our local environment.

One of her first goals would be to find a suitable use for the former Grove High School.

She said: “The building has been boarded up since its closure in 2003. I am sure we can find a new purpose for it to benefit the whole community – and that is something I will be asking residents about.”

Cathy has previous political experience having represented the town of Wrexham on the former Clwyd County Council for seven years, and serving as a Community Councillor for Rhosnesni for another seven years.

Having worked as an NHS nurse in Wrexham for 17 years, health is close to Cathy’s heart saying she “wants to make sure the people of Wrexham have a good quality of life – and that means a good health service. Betsi Cadwaladr Health Board may have been taken out of special measures after nearly 2000 days – but I feel people have little confidence that services have improved. Staff and patients deserve better.”

While echoing those sentiments, Wrexham Conservative Association Chairman Jeremy Kent said “I believe Cathy is an outstanding candidate who brings a wealth of knowledge and experience. She would make a fantastic public servant for both the people of Maesydre and Wrexham”.

The Maesydre by-election was called following the resignation of Labour Councillor Paul Jones in September 2020. Due to Covid-19 restrictions the seat has remained vacant and polling day is yet to be set.

Budget 2021: The Chancellor's Speech in Full

Read and Watch the Chancellor's Budget announcement here in full. One year ago, we promised the British people we would do whatever it takes to provide security and stability.