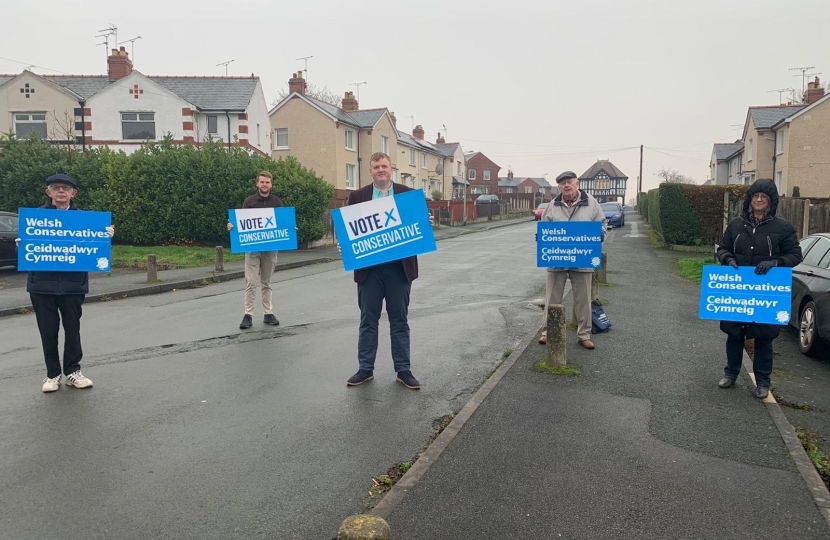 Jeremy Kent has been selected as the Welsh Conservative candidate for Wrexham in the Senedd elections next year.

Jeremy, who has lived in Wrexham for most of his adult life, said that getting elected would give him the chance to deliver the kind of change local people desperately need.

He said: “I have seen the effects of having a Labour administration in the Welsh Parliament first-hand, and witnessed the lack of investment in infrastructure and funding of our council. Labour has failed Wrexham, and that’s what makes me want to make a stand and help bring about the genuine long-lasting improvement our area and residents deserve.”

An adult volunteer in the Royal Air Force Air Cadets and his employment working with schools in some of the country’s most deprived areas, Jeremy is passionate about making sure young people get the start in life they need to equip them for a bright future.

He said: “Children in Wales are being let down. I will fight for better education and training for young people. They are the future of Wrexham.”

In a bid to clamp down on anti-social behaviour and the negative impact it has on residents, Jeremy wants more police on the streets and is committed to working with other agencies to make sure communities feel safe.

Jeremy says he can understand why Wrexham is becoming a desirable place to live but cautions against overdevelopment.

He said: “We need to stop unsustainable developments on our precious green spaces being forced through by the Labour-led Welsh Parliament overturning local planning decisions. We must trust that the local decision makers know what is best for Wrexham. Where housing is approved, we need to build more affordable homes on brownfield sites for local and first-time buyers”.

On health, Jeremy says Welsh Labour failings have left Wrexham Maelor hospital, and others in North Wales, bursting at the seams and at breaking point.

He said: “The Betsi Cadwaladr University Health Board have been in special measures for nearly 6 years and seem unable to bring themselves to a level that will provide the adequate care for all. I will campaign for a root and branch review of its operations and lobby for more support for the overstretched health service in Wrexham and North Wales. “

Supporting local business in the wake of Covid-19 and getting a fair financial deal from Cardiff Bay are also on Jeremy’s agenda, as is breathing new life into town centre.

He said: “Wrexham needs a Member of the Welsh Parliament that can commit to fighting for Wrexham after 22 years of Labour control. I am that candidate and I stand ready to confront Labour to ensure that Wrexham returns a Conservative to the Welsh Parliament.”

A school governor, and trustee of an anti-bullying charity, Jeremy enjoys reading and walking in his spare time.

Today we have published our Covid-19 UK Vaccines Delivery Plan, setting out how we plan to deliver the biggest vaccination programme in British history, to protect all those who need it most as quickly as possible.