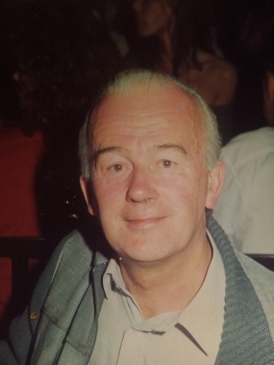 Born in Shropshire back in 1937, my family moved immediately to Wrexham where I attended Acton Primary School before studying at Wrexham Technical College.

Having completed my education, I joined the General Post Office as a Telephone Exchange Engineer in 1953 which later split to become BT. I finally retired as a Level 1 Manager in 1992.

My hobbies include DIY (completing the many jobs around the house!) and I also enjoy tap dancing.

I marred my wife, Margaret, in 1962 and she would later serve as the Wrexham Association Chairman in 1986. Both she and I joined the Conservative Party as Young Conservatives in 1963 in the Acton/Borras ward and I have campaigned in every election for the Association over the past 63 years - a fair few miles have been racked up leafleting across Wrexham!

As well as campaigning, I have run supper clubs for the Association for over 30 years and I look forward to organising more events in the near future, now that Covid-19 restrictions have eased.