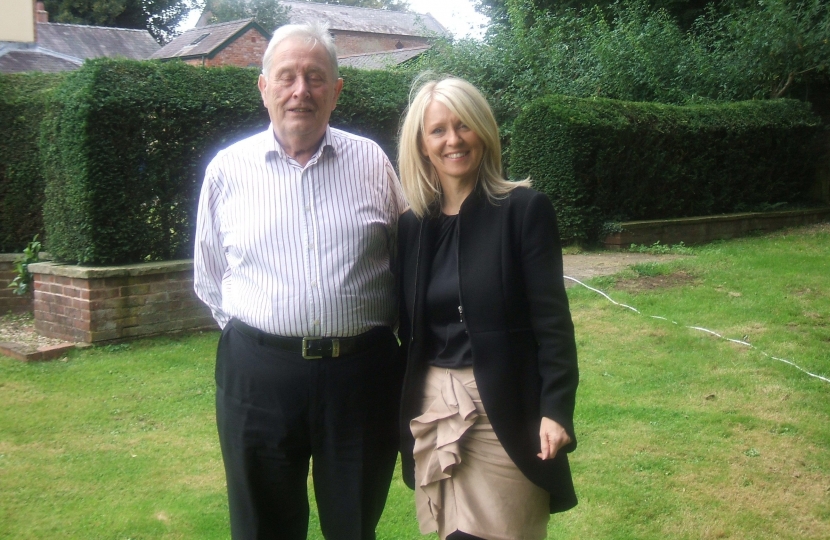 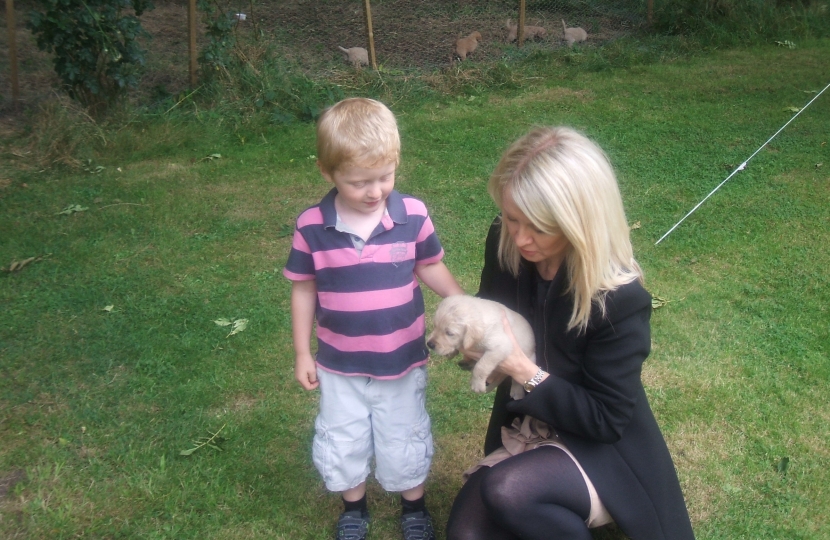 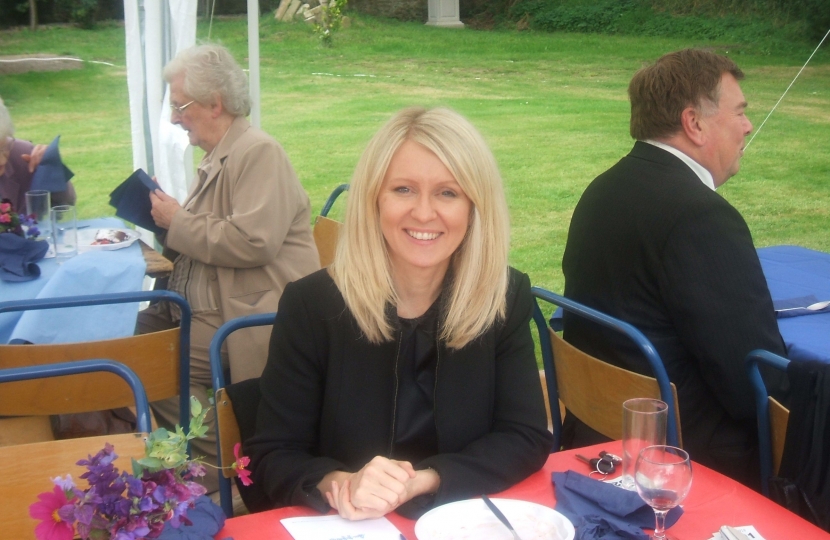 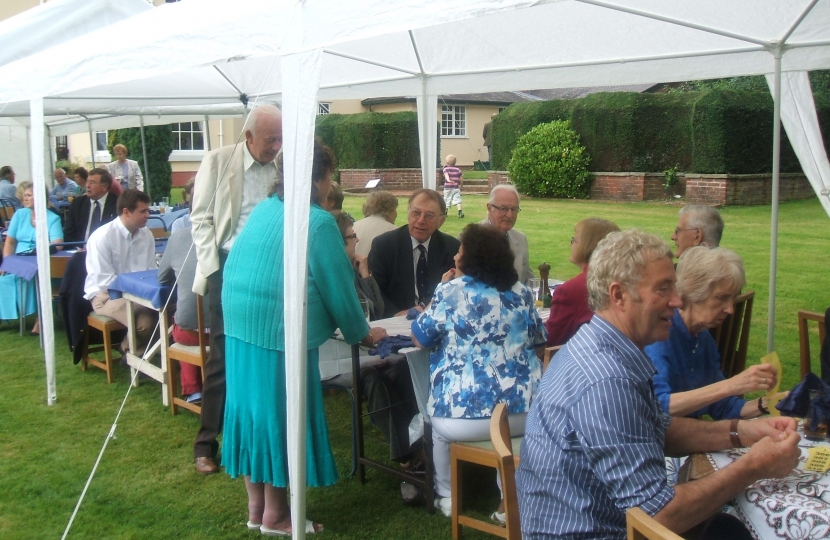 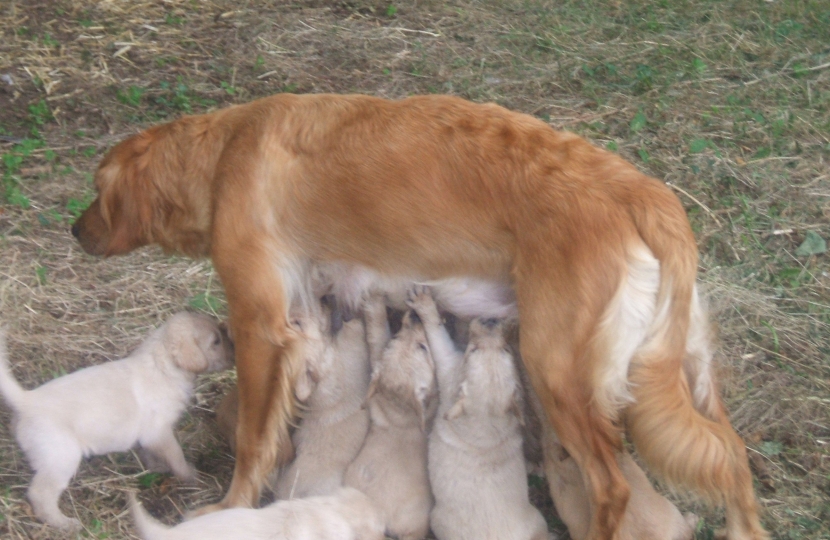 Wrexham Conservatives held a Salmon Lunch at Llwyn Onn this Sunday. The event was attended by Wirral West MP Esther McVey who spoke about the need to improve communications both inside and outside the Conservative Party to highlight the success stories of the Government. The other stars of the day were Roger and Vanessa's four week old puppies, ten in total, which were a huge hit with young and old alike. Following the MP's address a question and answer session was held covering topics such as the forthcoming reshuffle and inward investment into Wrexham.

Esther McVey was born in Liverpool and educated at the city's Belvedere School, before undertaking a law degree at Queen Mary & Westfield College, London. In July 2009 McVey graduated from Liverpool John Moores University with a distinction for her MSc in Corporate Governance, and won the North of England Excellence Award for her studies.
Career. She has worked in the family business which specialises in demolition and site clearance, land reclamation and regeneration.

She returned to the family business after University, while undertaking a post graduate course in radio journalism at City University, London before embarking on a career in the media, both as a presenter and producer. McVey was a co-presenter of the summer holiday Children's BBC strand But First This in 1991, and has subsequently presented and produced a wide range of programmes.

McVey returned to Liverpool and set up her own business, Making It (UK) Ltd, which provides training for SME's as well as providing office space for new start up businesses and through which she founded Winning Women. McVey was nominated for Merseyside Woman of the Year and Cheshire Woman of the Year 2004/05.

A supporter of Conservative Way Forward McVey stood as a Conservative Party candidate in the 2005 general election, in the Wirral West constituency, losing to the sitting Labour MP Stephen Hesford by 1097 votes.

In the general election in May 2010, McVey won the seat of Wirral West, with 42.5% of the votes cast, beating Labour's Phil Davies by 2436 votes. Since 2010, McVey has served as PPS to Employment Minister Chris Grayling.

Chairman Dick Wishart thanked the eighty plus guests for their attendance and to the "too numerous to mention" volunteers who had helped to make the day so enjoyable.