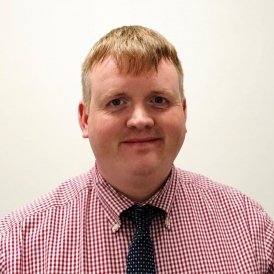 I grew up in a small village between Holywell and Prestatyn but later chose to buy a house and settle here in Wrexham. My past career includes working for large hospitality company where I became General Manager at their Wrexham restaurant, and after ten years in the industry I left and started working in schools with pupils with additional educational needs.

In 2017, I became Development Manager at a youth charity and worked to support community groups. In 2018, I joined the Reserve Forces' and Cadets' Association where I head up the Government's Cadet Expansion Programme for the North West. Here I work with schools in a wide range of areas to provide life changing opportunities to pupils through the Combined Cadet Force.

Throughout my school life, I was a member of the Royal Air Force Air Cadets and I returned as a Cadet Force Adult Volunteer and was commissioned into the Volunteer Reserve (Training) Branch of the Royal Air Force. I was fortunate to run my former unit for several years and in 2019, I was promoted to Squadron Leader and appointed as the senior officer for the Wrexham area.

I am also the local representative for the American Institute of Foreign Study, helping to support you people taking part in cultural exchange visits in the United States. Finally, I am a School Governor at Ysgol Bryn Alyn in Wrexham and a trustee of an Anti-Bullying charity.

Politically, I stood as a candidate in the Gwersyllt North by-election at the start of 2020 before being elected as the Chairman of the Wrexham Conservative Association in the March of that year.

In May 2021, I stood as the Welsh Conservative Candidate for Wrexham in the Senedd election, finishing second.